From terror to terrific

Before I left for six days in Spain I was feeling terrified that I was going to mess up my shiny new bike because I had to partly dismantle it to get in the box for transporting via Sleazy Jet. Only a few bits to worry about, but I am aware of my own incompetence! It was equally terrifying on arrival, putting the bike back together again.

Although I have slipped back into multi-day bike riding mode quite easily, there were a few faffy rough edges this morning. For example, I came back to my room to look for my Garmin when it was in my back pocket the whole time! Then I couldn’t find either of the multi-tools I had been using to reassemble my bike and had to borrow one in case I needed it on the ride. Turns out they were both in my day bag all along! I also managed to lose the first half of today’s ride on the Garmin and you know what they say – if it’s not on Garmin then it didn’t happen!

Well I did get to Piedrasluengas and here’s the proof: 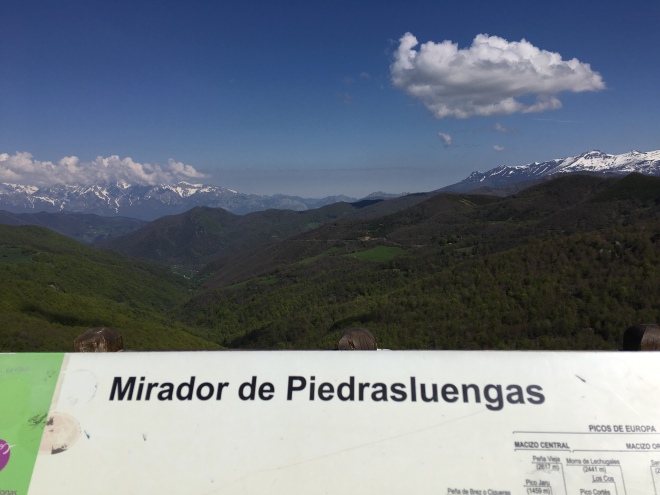 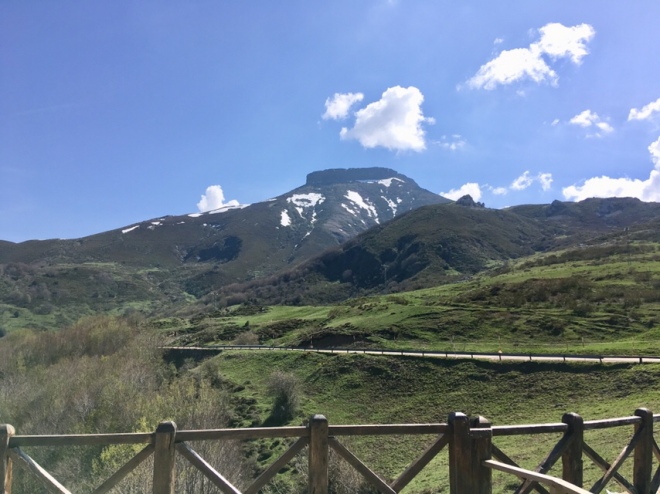 After that it was time to descend back to Potes. It would have been possible to get some lunch here, but since there was another big climb this afternoon I decided to start the climb and have coffee part way up before pushing on. There would be time to get up and down before lunch service finished at 4pm. In total there are 19 riders on this trip and most stopped for lunch in Potes but my room mate Graham and also Clive and Doug had pressed on. Not to be first, but because it was hot and we wanted to get it done. In fact, at Piedrasluengas this time last week it was snowing but today it was 30 degrees!

Both the climbs today were about 25km, so that’s a long way up but two enjoyable descents too, when I could stop and take some photos.

These ones were taken on the descent off San Glorio: 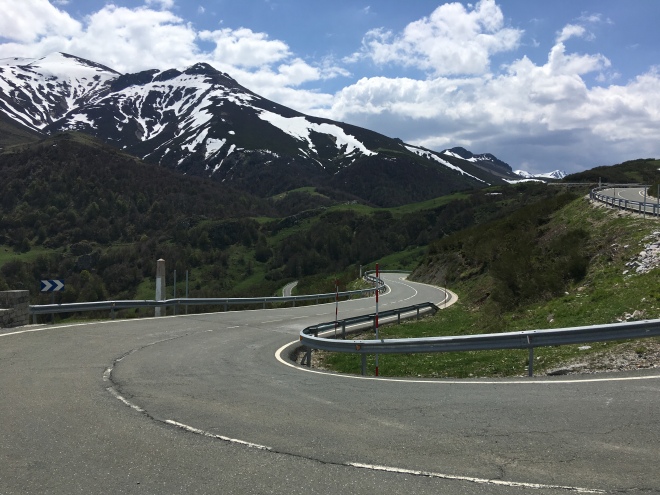 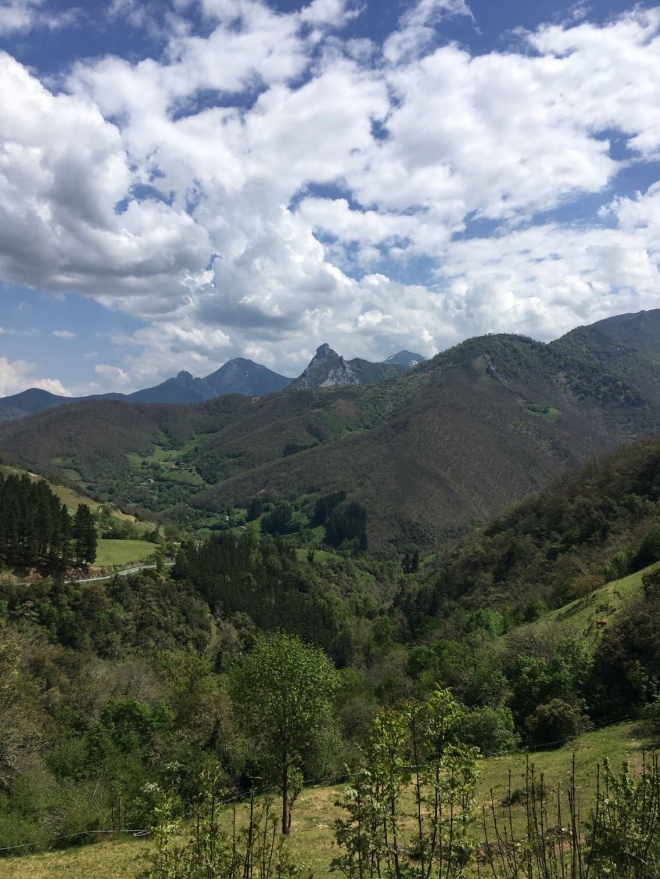 I particularly like the last of the above. It made me think of a Sphinx-like nodding dog, except his head had fallen off!

Some great scenery, and I don’t think that one of the villages we passed through should be taken as a fair description!

So, not bad as a “warm up” day. All eyes are on Day 5 when the mighty Angliru is on the agenda. More of that another day. For now it is time to relax before dinner, which being Spain means 9pm! Tomorrow will start about 9:30 or so as it is not possible to get breakfast anywhere in this region before 8:30. Makes a nice change from last year and the 5:45 breakfasts and 6:30 transfers though and it’s a whole different mindset.