Actual distance covered: 202km (we often have to do more due to location of hotels).

An area I know well, as this stage follows a big chunk of La Marmotte, which I’ve ridden a couple of times, albeit Alpe d’Huez is not on the menu today, though Murçon (sausage flavoured with caraway) apparently is! We have more chance of seeing the hanging bridges in the Mure area than we do of experiencing the “altitude jazz festival” in Serre Chevalier (a famed ski resort), which is a shame because I like the high notes!

I loved today. It was tough, yes, but these were familiar climbs and I was able to take some good photos. My first visit to these mountains was in 2010 when I suffered big time and stopped frequently on the Galibier. In 2014 I made a point of not stopping on that climb to prove that I could do it. Now my perspective has changed and I feel like I’ve got nothing to prove any more. If I want to stop and take a photo or eat something, then I do so.

The first climb to the Col d’Ornon was a simple affair and showed me some other routes that are available around Bourg d’Oisans and not just Alpe d’Huez. 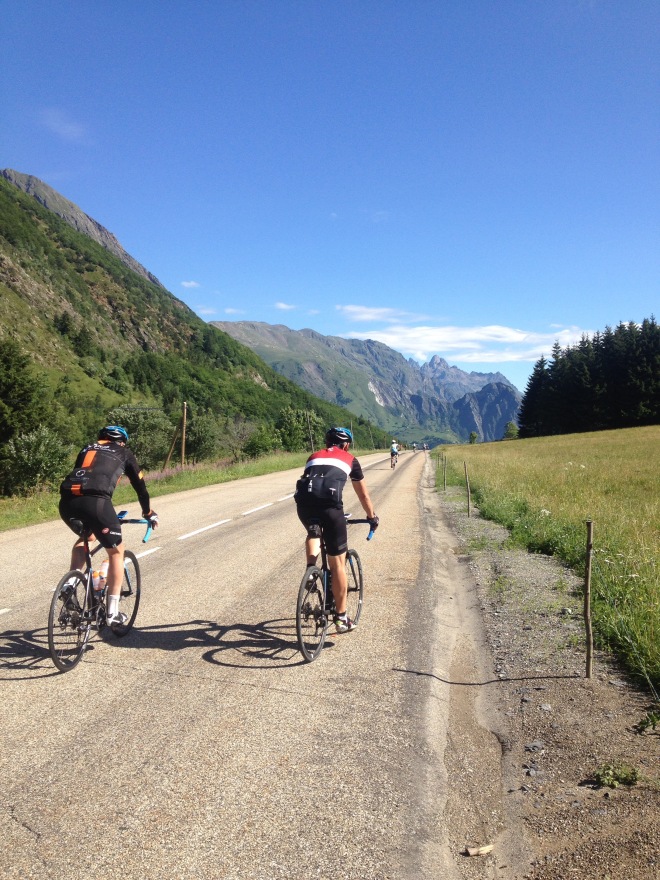 The climb up to the Croix de Fer starts with the Glandon ascent for those who know the Marmotte but then goes right when approaching the top, not left. This is officially a 30km climb though the lower slopes are fairly easy. I took the opportunity to take photos of what I always remember from this climb, namely the many waterfalls that provide welcome relief from the heat. 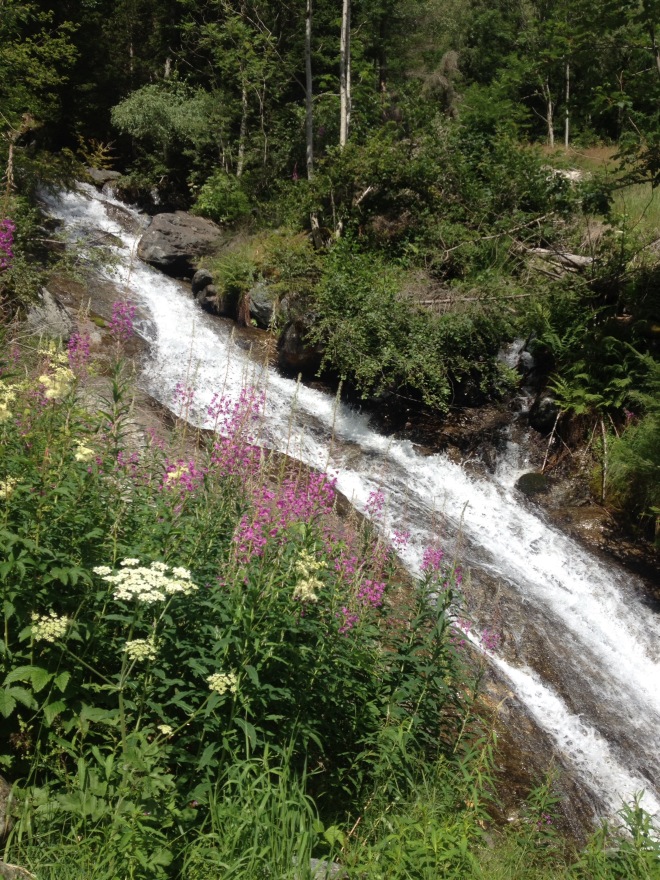 Actually today was a good day for climbing, with the temperature in the mid 20s degrees in the valleys (and so cooler on the climbs) except for the flat road between the foot of the Croix de la Fer and the start of the Telegraphe, where it hit 33 degrees. That was not an especial problem as I made a better job of managing layers today than I did yesterday. The Galibier is over 2,600 metres, so the temperature dropped to 12 degrees at the top before warming up again on the descent to Briancon where we stay in the same hotel for two nights. Luxury! Less bag faff!

Sorry, train of thought diverted by waffle about temperature! I enjoyed the Telegraphe ascent because it has a fairly constant gradient and I got to pass the point where in 2010 I was so knackered that I had had to take a break. To me this meant that I was feeling at least as good as on my 2014 Marmotte, so that was a good sign. Not much else to report about that climb.

Galibier was next and not as hard as I remembered. Maybe I’m just stronger now and also I wasn’t pushing it. In fact I would rate the ride overall as being behind Stages 9 and 12 in the pecking order. 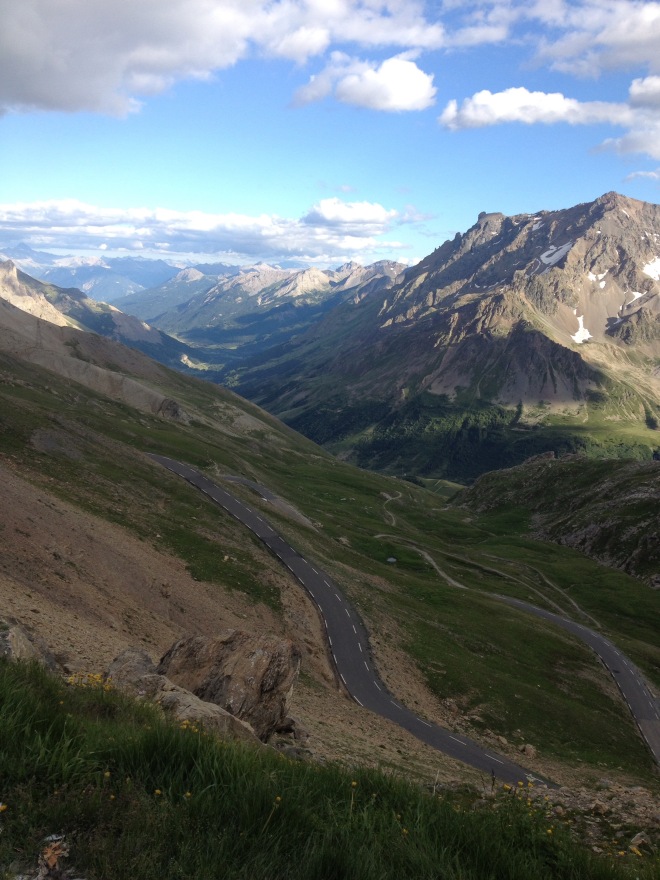 Tomorrow’s stage is designated the Etape du Tour, where around 14,000 people will ride stage 18 but on Sunday. At this point I would only rate this the fourth or fifth hardest of the Tour. The short stage 13 with its steep climbs is arguably tougher overall, but I can update you tomorrow to the extent that’s relevant to anything!

Again placement in the race and our probable improved fitness (despite fatigue) is likely to be relevant to our perceived suffer levels. Also relevant to me is that I knew what was coming and my legs and head were in totally the right place today.

One thought on “Stage 17: La Mure to Serre Chevalier”