Montauban seems to go for the sweet things, especially “bonbons flingeurs”. These are chocolate-based sweets, but sounds like a recipe for a messy food-fight!

Another fairly long and winding road as we wend our way south west.

We again started as yesterday finished, with some climbing before we then spent some time in the Lot valley, which was again beautiful. By now you probably realise that what the Tour de France calls flat is in fact undulating and the climbing adds up.

We have a film crew with us for a few days and were asked to wear our Tour de Force kit. Mine was still damp from two days ago so I treated my self to some clean, dry clothing instead. More than one person commented that with the white fleck on an episcopal purple shirt I looked like a bishop!

Gary is all taped up again today and doing his stretches. Last night we were in bunk beds. I took the top bunk on account of the fact I only have one dodgy knee so it was less difficult for me to clamber up. We both got through today OK though and are responding to treatment. 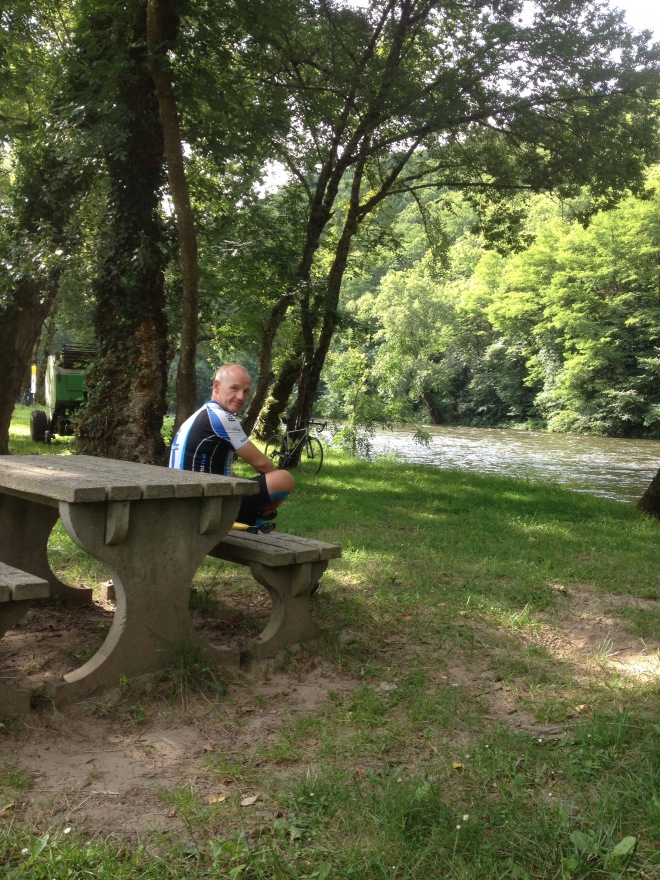 A good chunk of the middle sections were busy major roads and not particularly pleasureable. But we are following the Tour and that is what we signed up for. As the stage wore on, we returned to the countryside and some wonderful views. 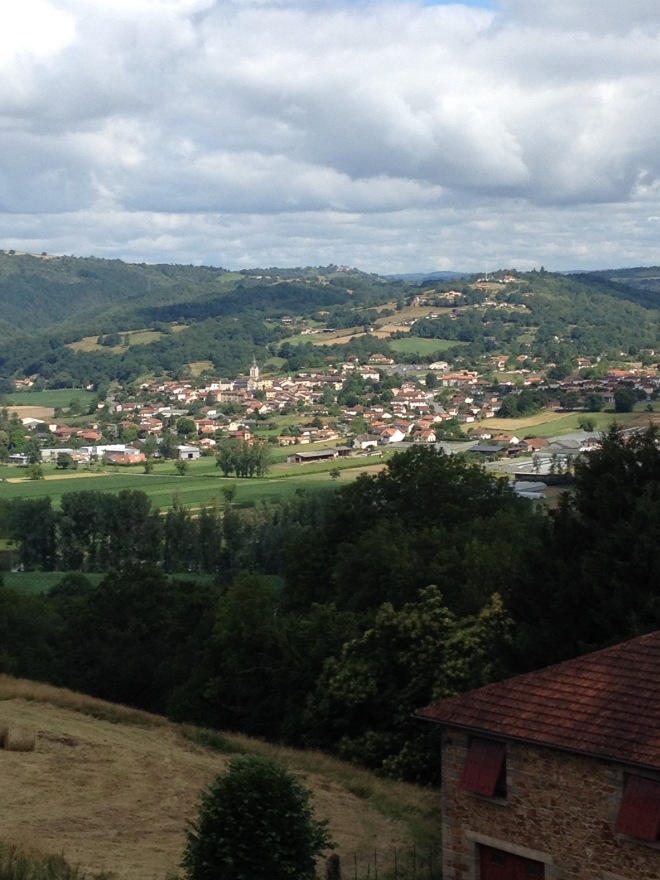 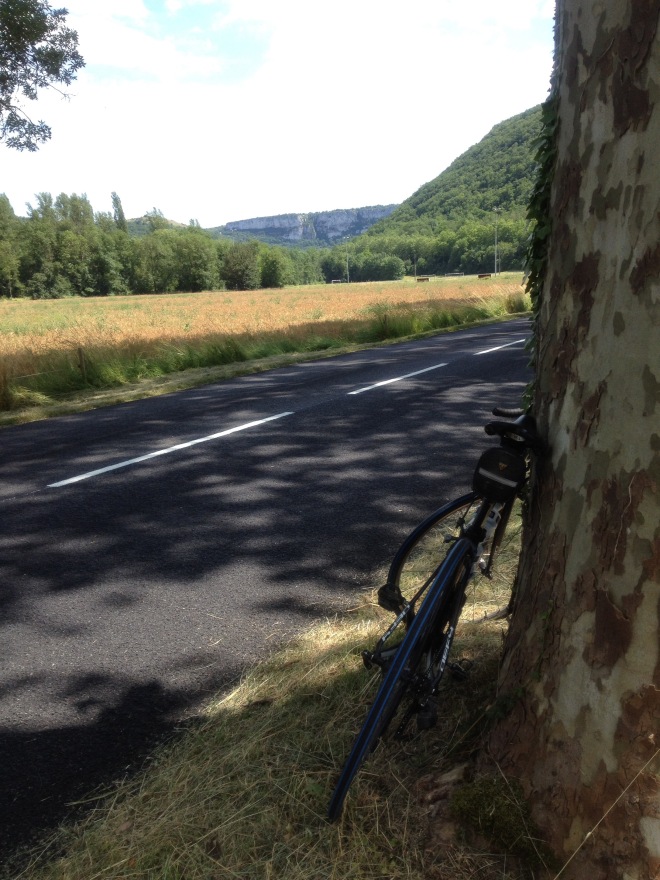 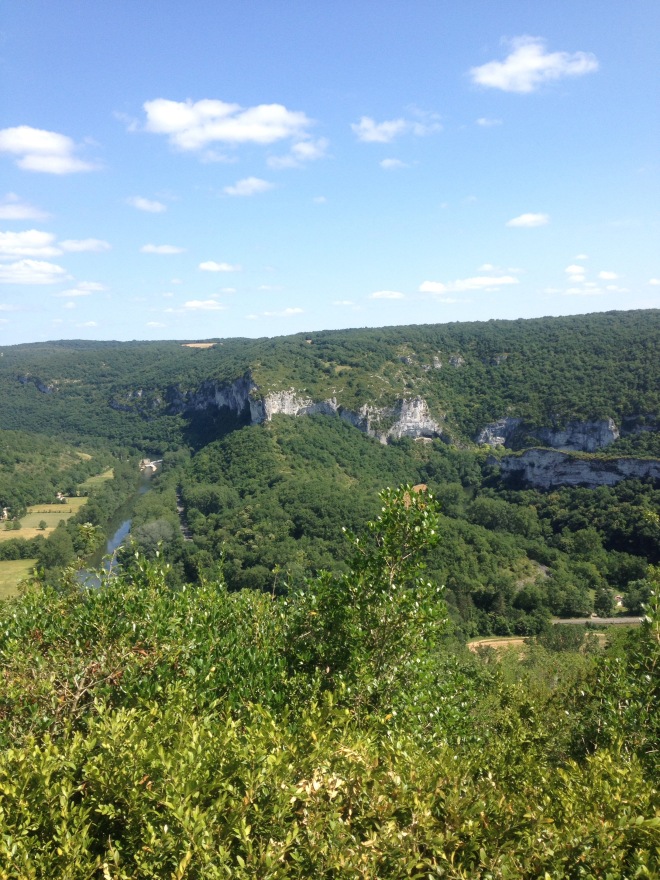 Another view cyclists will like is this one below of newly laid smooth tarmac. 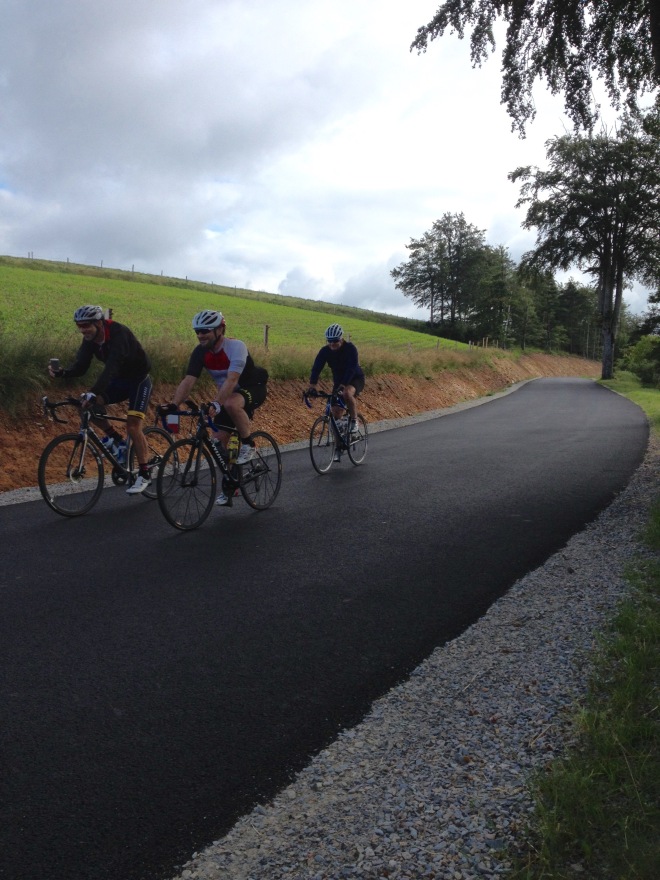 Smooth roads make the whole cycling experience much better and we are reaping the benefit of the work that needs to be done to prepare for the Tour. 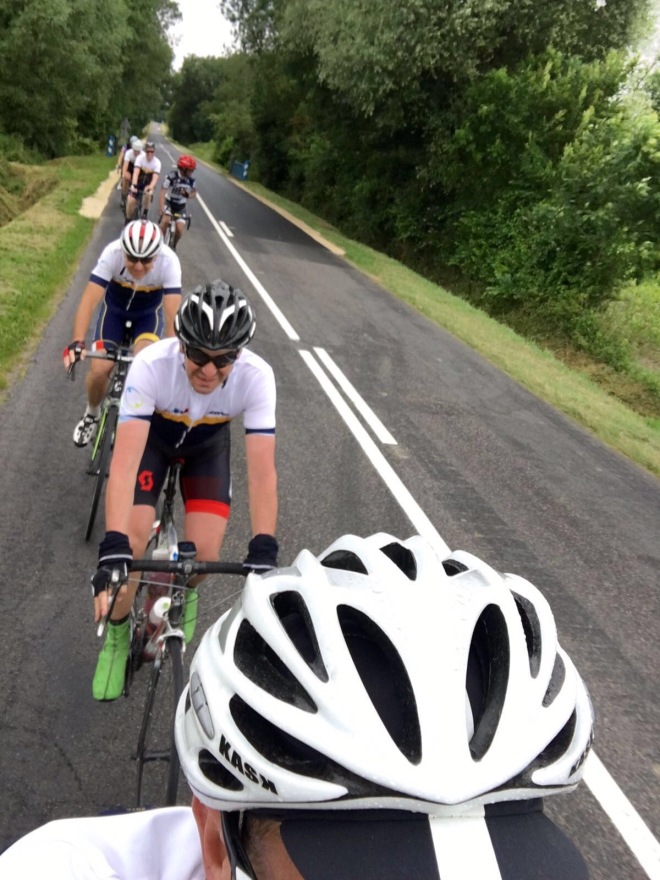 The heavy machinery is out in force too, clearing stones from an otherwise dangerous descent. 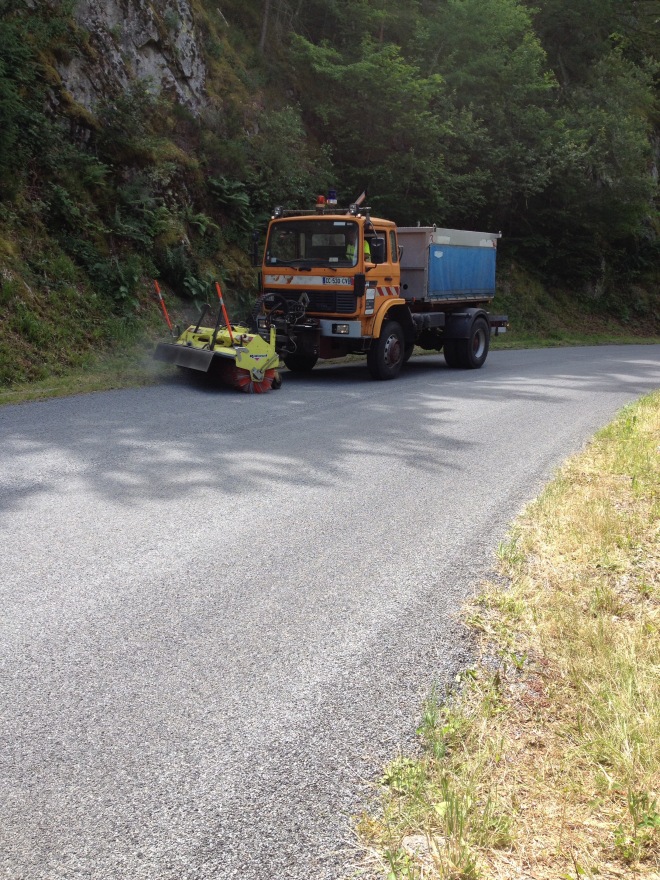 Although I rode a good chunk of this on my own today, I ultimately latched on to Paul, Tim, Tony and Peter and bought the ice creams so that they would have the energy to drag me home! We then sat and shouted encouragement at the other Tour de Force riders going through. Allez Allez allez! 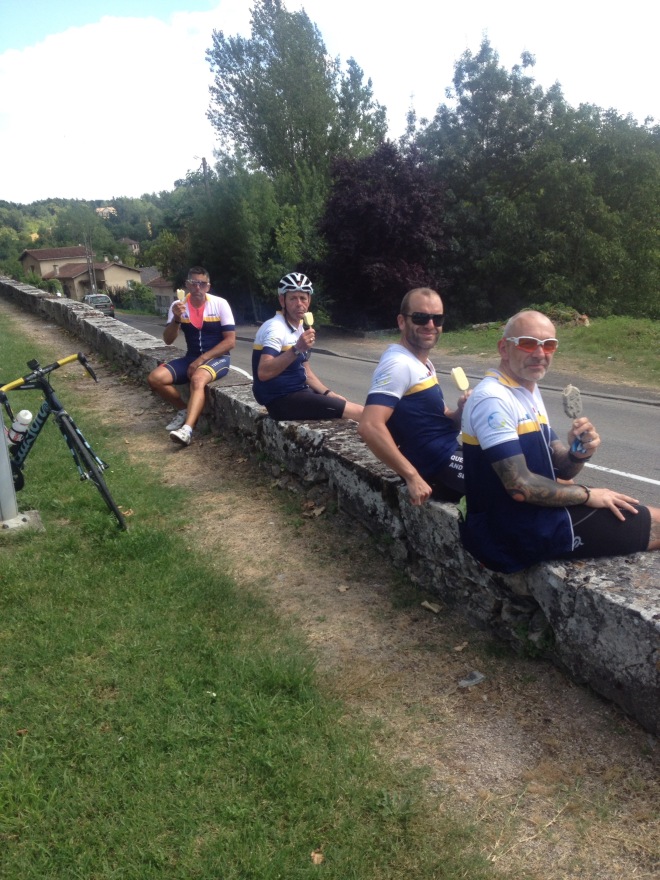 We are in a far nicer hotel tonight compared with the ski chalet of last night where apparently the Lotto-Soudal team will stay too. I can’t imagine that Andre Griepel will have to sleep where I slept, but it’s entirely possible!

Once back at the hotel at an earlier time than last night , Shim the physio worked on my dodgy knee and showed me some exercises. It’s feeling better already.

It was then time for dinner. I’ve not really mentioned this yet, but we hoover up a huge amount of food each day. Bed now for another early start tomorrow.

I have a particular affinity with the South West of France where we are now, though the town I know best is further to the west and on the coast – Arcachon. It was here that I spent 12 months as an 18 year old working as an “aid” to a former GP  (and who was from the Lot area where we were today) who was crippled with arthritis and needed assistance in getting around. It was quite a restrictive time for me in many ways, but spending so much time with a well-educated man meant that my French language skills, which I had studied to A-level, came on very quickly such that after a few months I was fluent. Some of that has faded with the passage of time, but I still feel comfortable with the language and totally at home in France, which does not seem foreign to me in the same way as when I visit other places.

Retaining the language skill has facilitated some roadside banter with the locals. “Oi, you are a week too early for the Tour”. “Yes but otherwise they’ll catch us up!”

2 thoughts on “Stage 6: Arpajon-sur-cère to Montauban”