The Pont du Gard is just a stunning place to be – Babs and I were here last year during a week’s holiday to Avignon. The aqueduct is 2,000 years old and was built to supply water to nearby Nîmes. We will spend the day skirting Mont Ventoux – a shame in its way but we do have a lot of climbing to do over the next three days once we get to Gap, a gateway to the Alps, and meanwhile we can enjoy the best of Provence, including the towns of Orange and Vaison-la-Romaine. 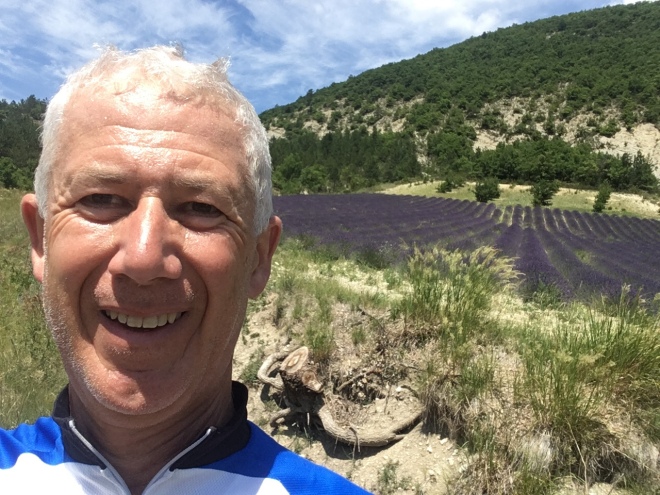 We started near Pont du Gard, but without crossing it again. Then, as ever, it was a case of rolling through to the first feedstop to regroup before setting off at our own pace. The stop was in Orange, but this time round I did not see the all the Roman remains that are to be seen there – the route did not pass by it. 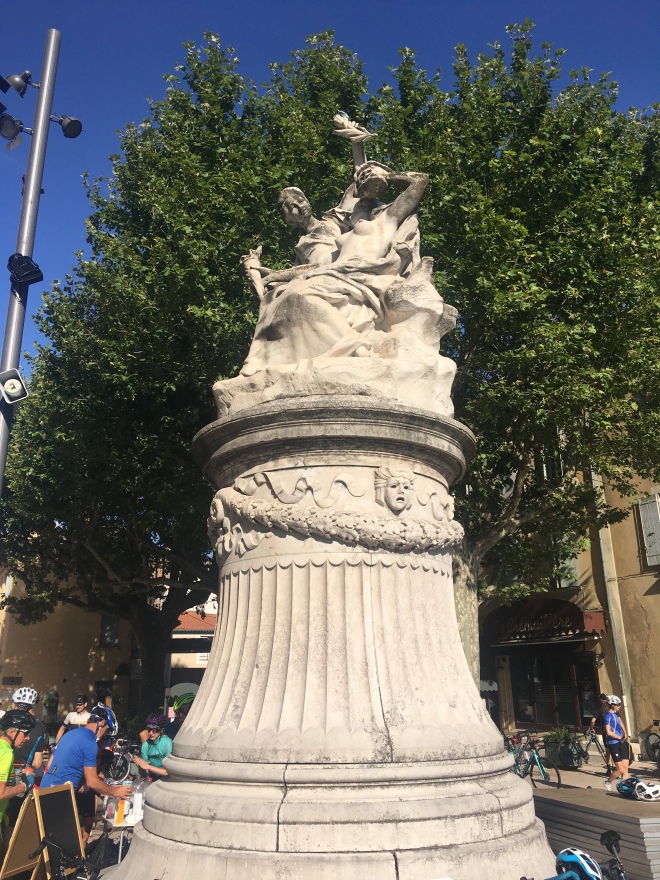 Today, rather than being dropped by the group I typically ride with, I decided to play “hare” to their “greyhound” and set off as quickly as I could from the feedstops. This meant that they would catch me part way between feedstops, which was fine as it allowed me to take photos without disrupting the group and then when they caught me I could join in the rotation to get us to the next stop.

Another lovely ride today, as we crossed from Provence to the Haute Alpes region. The scenery varied from lavender fields to craggy rocks to orchards. The orchards are mostly covered with nets, so that it seemed to me like they formed a sea, or at least a series of lakes. 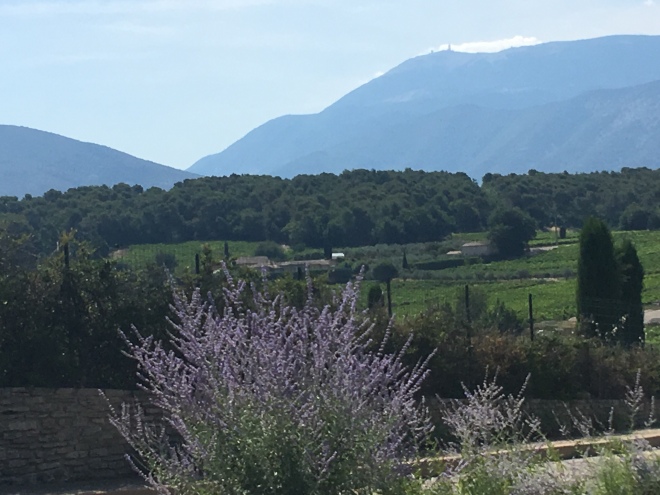 Mont Ventoux brooded over us for most of the morning as we skirted round it. The mountain seemed to be taunting us. “Why aren’t you coming up here today?” The answer’s simple – it’s not on the Tour route.

All sorts of other beautiful scenes too: 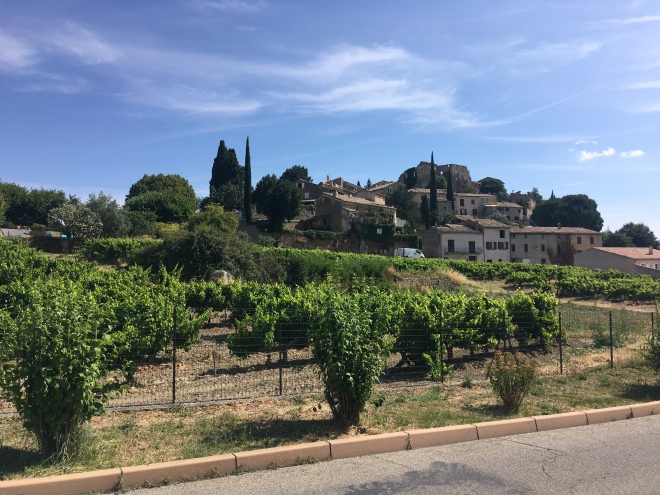 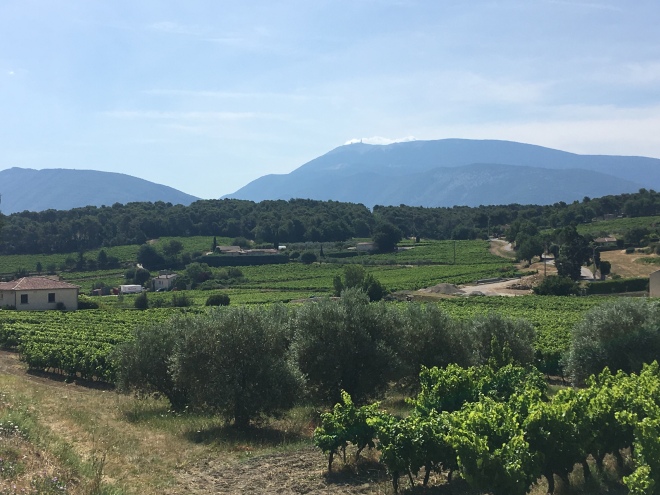 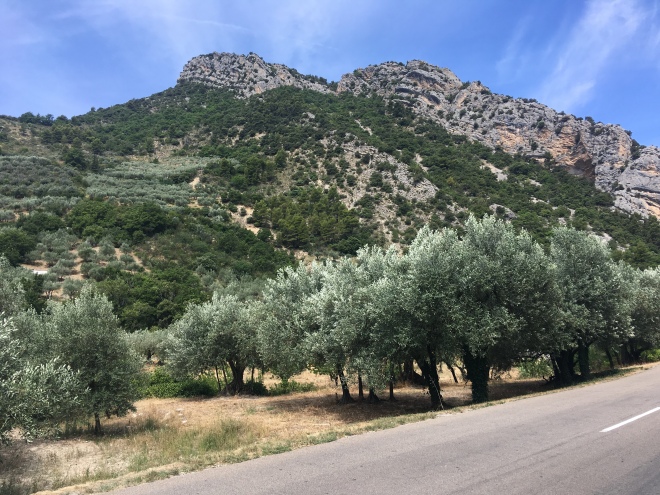 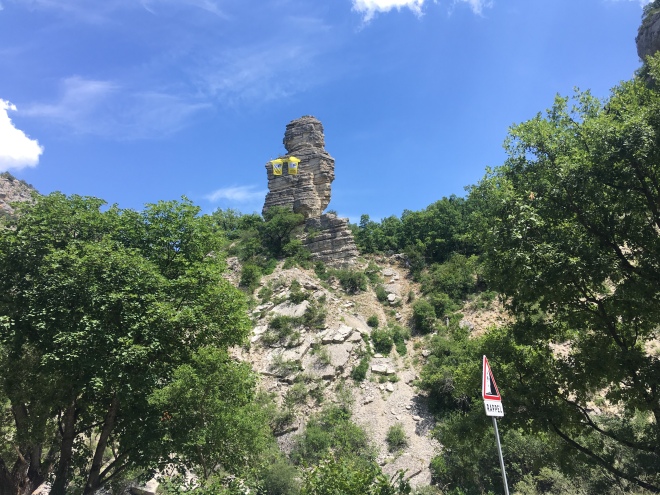 To end the day we had a Cat 3 climb, which I probably rode harder than I needed to given what is coming up, but I was feeling good so why not. The descent featured a couple of inclines and then, once at the finish in Gap, we had a short but unwelcome climb to our hotel (the “Mur de Hotel” as I have just heard it be called)! No harm done though, I was kind of expecting it when I saw Gap unfold in front of me, and there was a bad smell of blocked drains or something in town, so I’m glad to be up the hill a bit! 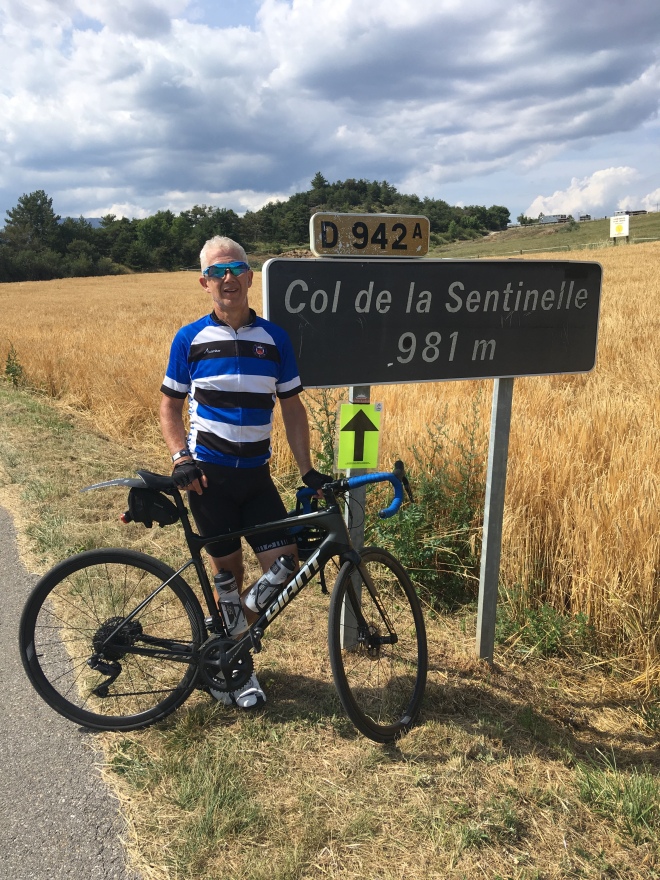 Pretty much a 1/10 ride, but I’ve scored it 2 because of the effort required for the final bit of climbing – and I was hoping for another Magnum, but could see nowhere to get one on the final run in. Oh well! the mental side of things made this a tough day for Wim.

Now for three days in the Alps, with tomorrow the “Queen Stage”.