We could easily get swamped in Toulouse, being the fourth largest city in France. Can you guess the others? Probably, but which one is fifth largest? Would be nice to know the answer to that one! From Toulouse we head to the spa town of Bagnères-de-Bigorre for the start of our adventures in the Pyrenees. Although we are not climbing it, I love the idea that for a concert hosted on the nearby Pic du Midi (altitude 2,800 metres), someone once flew in a piano by helicopter! I imagine that students who now attend the academy there transport their instruments by more traditional means.

What a super day today turned out to be again. First we had the drag of getting out of the Pink City, contending with busy traffic and roadworks. Toulouse’s nickname arises due to so many buildings made out of that colour of brick, which we saw not just in Toulouse but in the surrounding towns and villages. 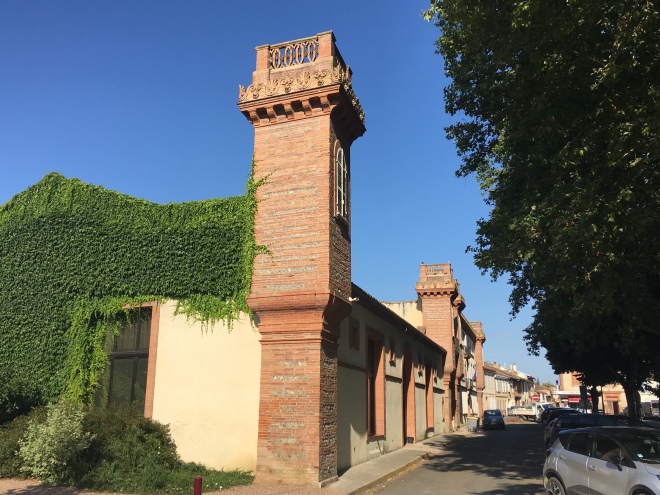 The ride was pretty uneventful until about halfway, when we started to climb the Peyresourde. The climb was made tougher than it needed to be because the temperature hit 41C, with the heat radiating off the walls and us being in plain sun. We passed a number of water fountains but I kept going until I saw one where I could be sure the water was drinkable. Time to cool my head down, chug some cold water and make sure I had two full bottles for the rest of the climb. There was not much shade – when there was then the temperature dipped a little, but not much.

Quick descent after that, which was followed by a much more pleasurable climb – shorter, but about the same average gradient. The Hourquette d’Ancizan climb was mostly in the shade, the maximum temperature being 30C and most of it being at a perfectly acceptable 25C. My secret weapon, though, was the white Magnum I had before the climb and the can of Orangina that I slipped into my pocket to drink further up the climb.

I nearly didn’t get a drink in that village, though, because the shopkeeper at the first place I tried seemed to have no change! He showed me an empty wallet and a handful of coins such that he could not change a €10 note. Apart from that, entering that shop seemed to set me back 50 years, not the 5 minutes I was expecting to lose!

I enjoyed seeing the rivers that ran along side the roads we descended. And coming off the Ancizan it was fun to see the donkeys, cows and horses that I had been expecting in the national park that I have ridden through before, but from the other side. 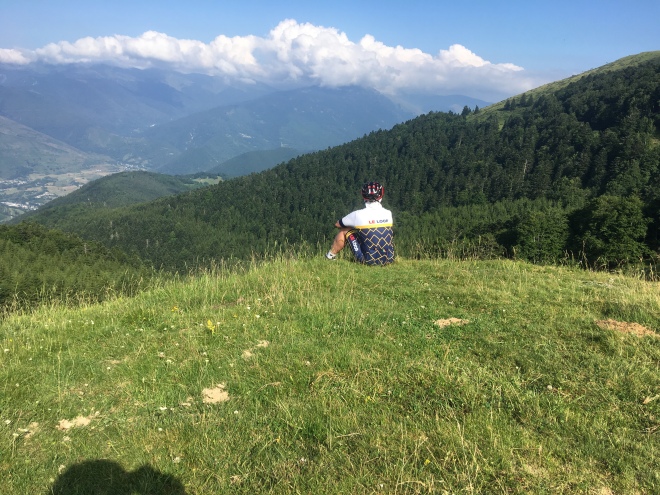 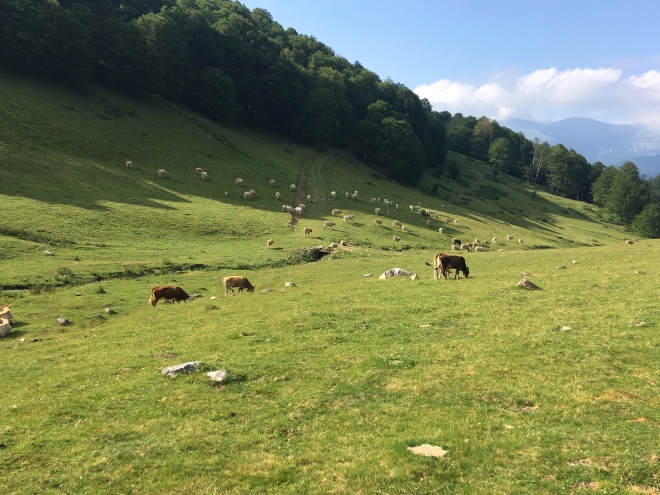 In fact “fun” is the operative word for today. Not so much at the beginning but the fun factor definitely increased as the day went on, culminating in seeing the preparations for the Fete des Mariolles (life-size figures) in Campan. They were everywhere, seemingly cheering us on! 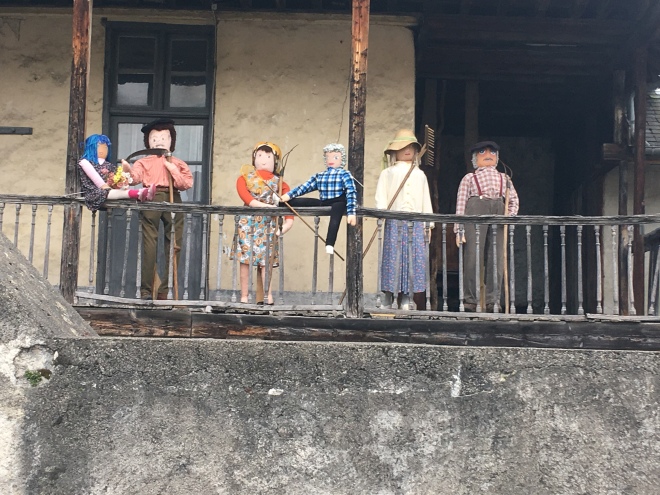 Because of messing around taking photos I missed the first sitting for dinner and the bus to Tarbes by a few minutes. Never mind, I was happy to have taken my photos and it also meant that I had a massage while waiting for the second sitting. This is more likely to be tricky to get now that our numbers have swollen from 55 or so to 90 with an influx of people looking to do the four Pyrenees stages or the second half of the Tour.

While the heat did make the Peyresourde harder than it would have been, I am really happy with my hydration such that I again rode within my abilities. Indeed, the Hourquette d’Ancizan climb went so well that after a short while I found that I was powering up at a strong, consistent tempo which has given me a lot of encouragement.

4 thoughts on “Stage 12: Toulouse to Bagnères-de-Bigorre”