Saint-Flour was the finish town of my first ever Étape du Tour back in 2011. Nowadays just doing one stage of the Tour seems so tame! That had been a cold, wet and miserable day and I was glad to get on the bus at the end of it. As I recall, 7,000 signed up, 4,000 started and only 2,000 finished, so it was a great achievement to complete it. Today, though, we finish in the beautiful town of Albi, another UNESCO World Heritage site by virtue of its Cathedral, apparently the largest brick building in the world.

The last stage of the first “week” – 10 days of back-to-back cycling. OK, so Stage 2 was a time trial but we still rode nearly 60km that day and it all counts.

In terms of distance we must be over halfway, but most of the climbing is still to come with the Pyrenees and then the Alps looming.

With that in mind, I determined that I would not ride on such a way that my “suffer score” would exceed 4. Some use power meters to gauge their effort but I’m not that sophisticated!

The rolling nature of the terrain meant that I was likely to drop behind my group constantly and I did not want to spend the day chasing back on each time I got dropped. However, I still ended up catching them and we rode together on the flatter sections this afternoon. The stage is laughingly termed a flag stage – with over 3,000 metres climbing! Not one for the pure sprinters next week perhaps.

I enjoyed the solitude of this morning and maybe it even helped to recharge my mental batteries. Riding well together also means the concentration levels are high, particularly when on busy roads. This all takes its toll and a morning by myself seems to have started the rejuvenation process that is required both physically and mentally.

I also enjoyed stopping and taking more photos than usual, shown below. 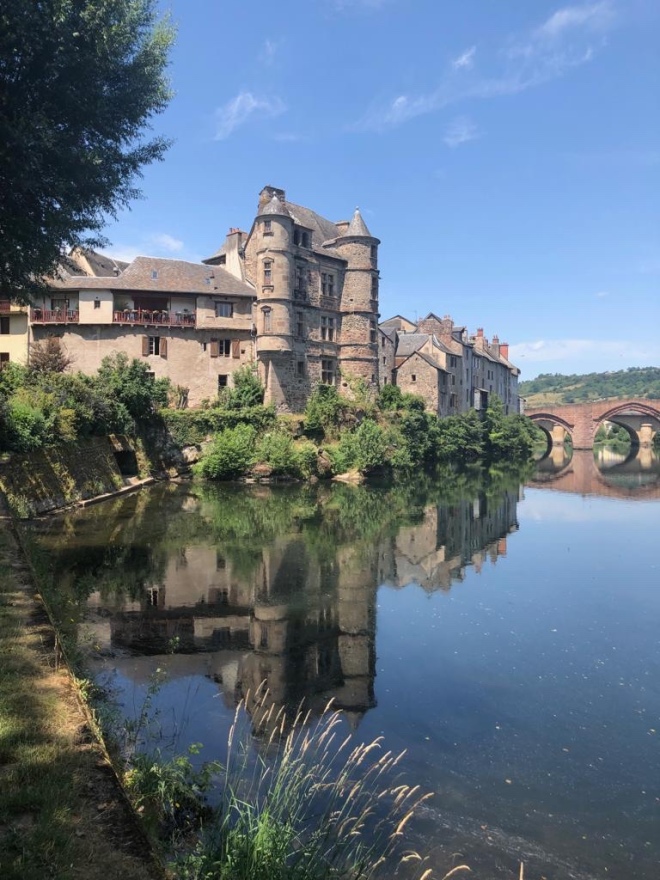 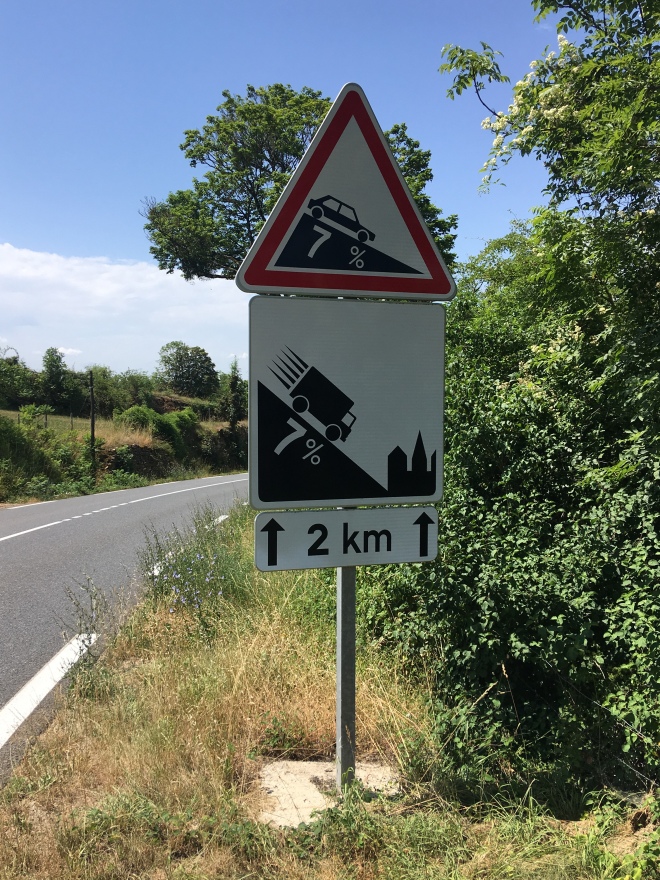 At one point we descended 500 metres very quickly and I just love the graphic that was used in the warming sign!

The temperature was mostly a very bearable 28C, though when we arrived at Rodez it was like someone opened an oven door! The wave of heat that hit me registered 38.5C, though thankfully not for very long.

A number of people have commented on how mentally fatigued they are, and that was true of Ceri also, my roommate for two nights.