Reims (pronounced “rance” as in “manse” rather than “reams” as in paper) is of course the main city known for its champagne, with its 250km of cellars and chalk quarries. Meanwhile Nancy is another classic northern French city with a huge “Grand Place”, a bustling market and buildings that look even more impressive when they are illuminated at night. Although we are in champagne country, we will be passing through the aptly-named village of Bouzy which produces the northern-most red wine in France. We also pass through Bar-le-Duc, birthplace of the Michaux brothers who invented the “velocipede a pedales” (bicycle).

Reims appeared on the horizon from the top of the double decker coach that took us to the start point slightly outside of town. Good job we saw the cathedral yesterday then. 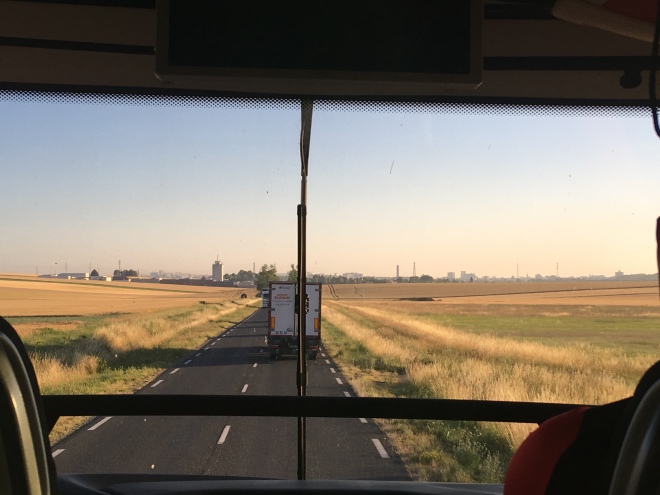 We were on the road early this morning, just as various hot air balloons were taking off over the wheat fields. A bit difficult to capture in a photo, but I took it so might as well post it.

We rode steadily to the first feedstop at 42km, after which we divided up into our riding groups which are becoming more established. Today our group fluctuated between 8 and 12 people and we practiced good discipline all day. Riding two abreast, this made us more like a slow moving vehicle and so easier for vehicles to pass us on the wide, open and very straight roads. Yesterday we rode more as a long, sinewy snake.

The focus was very much about getting this long stage done. Scenery was not as attractive as yesterday and although the roads could be described as boring, the focus needed to ride in such a disciplined manner, taking it in turns to lead and then rotate off the front, meant that our concentration did not wander as it otherwise might have done.

The towns and villages we passed through have put out a lot of decorations already though we did not stop for many photos. Less of a touristy kind of day today. I did have the opportunity to take a few though.

Commercy was one of the high points. It came just as I was flagging towards the end of the fourth section (i.e. before feedstop 4), so it was a timely moment of respite. The final section had the last categorised climb of the day, which was not too bad but just as we approached the hotel we had a steep “bonus climb” before we could start the end of day routine – firstly with a massage for a body that has been put through the mill a bit, with a promise of more to come! 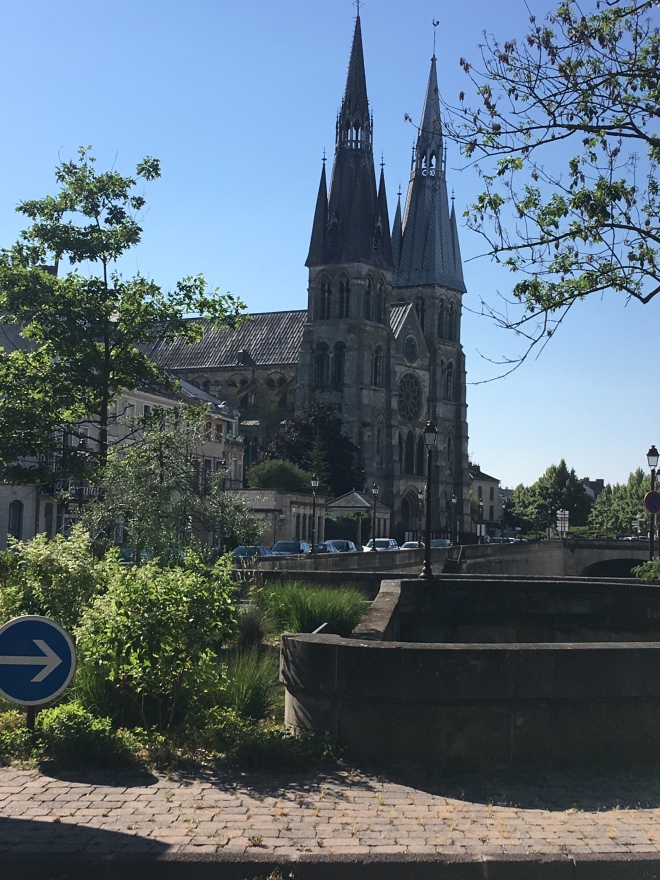 I found today tougher than yesterday, I think on account of the scenery not being quite so nice and we did have some headwind and crosswind, though the way we were riding mitigated that to some degree. I think Wim just works harder and so suffers more. On the plus side, it means he is at the hotel and already showered by the time I get in, so the logistics work just fine.