Today will go down as one of my ten favourite rides. I might have 20 rides that fall into that category if I tried to list them, but this is definitely one! I think because yesterday was such a tough ride and featured the climb I had most been looking forward to, today it was more for the pure enjoyment of cycling rather than another day of forcing myself up one of the toughest climbs in Italy.

Yes, the competition was still on but since Ben and Ying did not ride today, the only question to be settled was who would finish second and third between John and Andy. In the end John remained in second and Andy moved up to third place. Final points were:

The final result was quite close as far as the podium is concerned. If John had not needed to pop home to answer a call of nature before the start of the Izoard (north) climb and Andy not opted out of the Izoard (south) climb on Stage 2, then it could have all been very much closer. That I prevailed may have a lot to do with how the initial handicaps were determined, but nevertheless here I am on the podium this evening receiving my trophy – and a kiss from the random polar bear in our garden! 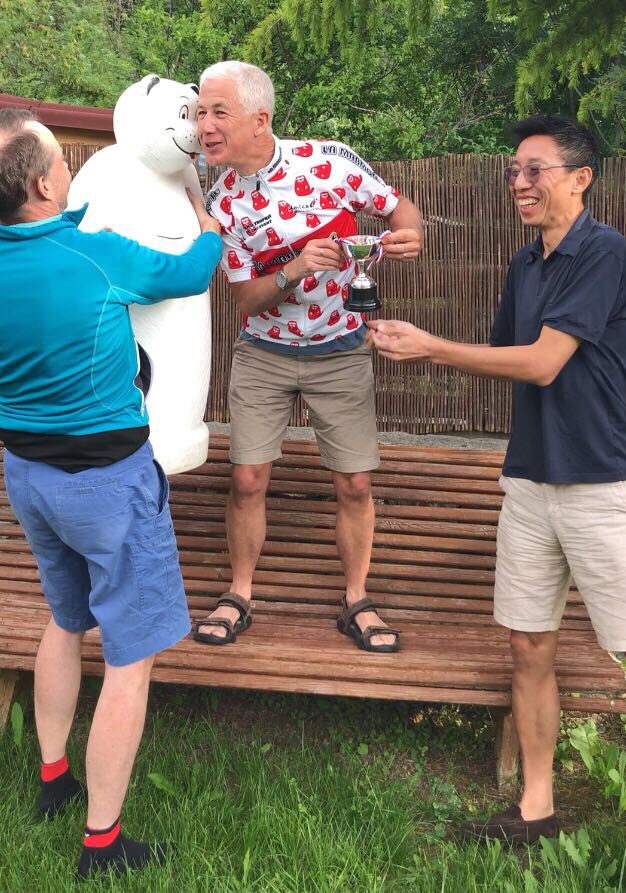 Today started with a gentle climb up to the first categorised climb of the day, the Col de l’Echelle. I say gentle, but John and Andy were really pushing it and I was just about able to hang on. Good fun though. Andy beat John to the line to win the climb. From there we passed through a beautiful meadow where the fragrance of the pine trees was strong, both early in the morning and especially when we returned on our way back in the afternoon. 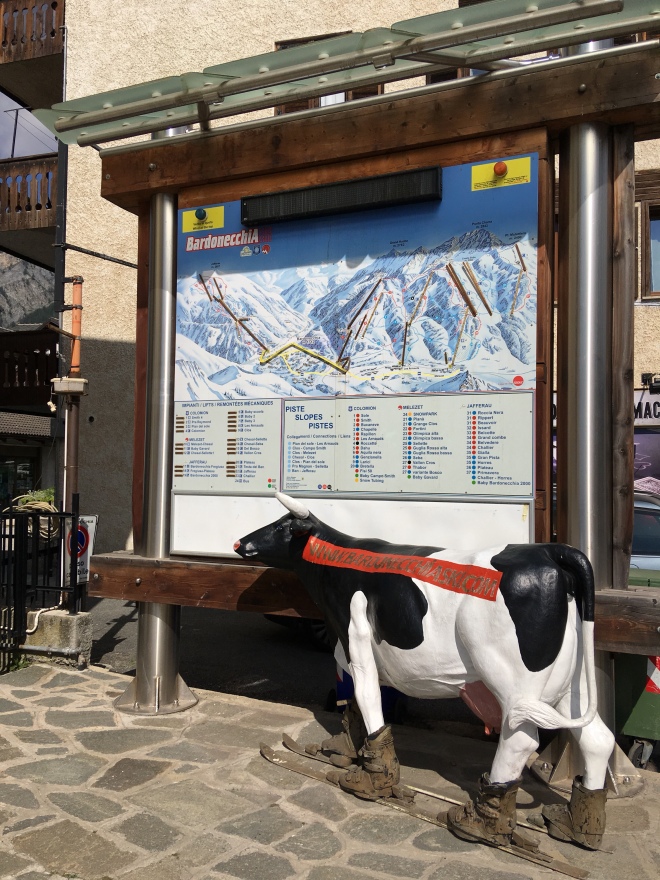 A coffee stop in Bardonecchia (Italian side of the Alps) and we were then onto the main climb of the day, the Jafferau. This was a tough climb up through the forest but very pretty. As John and Andy were racing each other for points I think they were not able to appreciate that so much! Andy won that climb too and ultimately claimed more wins than anyone else. I ended up winning 3 climbs out of the 12, Ying 2, John 3 and Andy 4. A fair spread among four of us at least (sorry Ben). 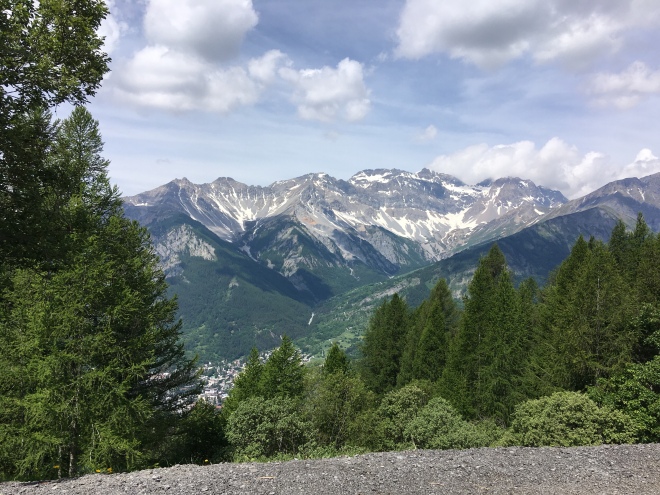 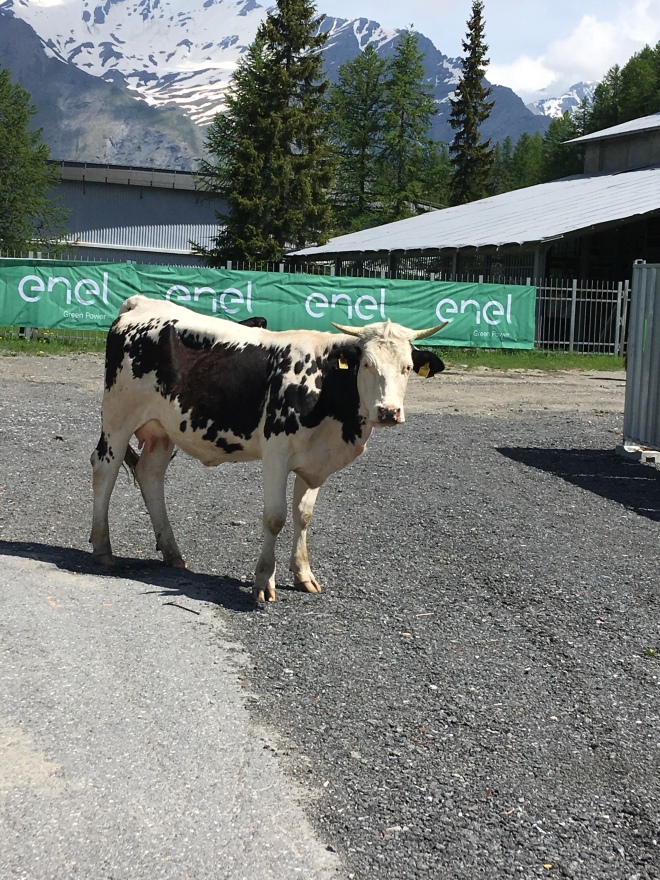 We redescended to Bardonecchia for another coffee before doing the last climb back up to Col de l’Echelle. John won this one and that was the end of all the competitive climbing. Or was it?

Rather than just drop back into Briançon, we decided to take a slight detour to Nevache and back as there were apparently nice views from there. It’s not as if we have been lacking in such views this week of course! As we rode along, it was clear that this little spur was going to involve more climbing than we thought. Although we thought at that point that Ying had decided not to ride today, we could not be certain what he had done or what the final points situation would be. I was reasonably certain that John was secure in second with Andy third, but mischievously suggested that this unofficial climb could turn out to be a tie breaker! That was enough for John who shot off straight away, but Andy was cooked by then. I chased after John determined to try and win a climb again, even if it was unofficial. The time penalties I had picked up for my earlier successes had made this difficult (that and fatigue and the other two getting stronger). I just failed to beat John by about 10 seconds. I would have done better not to announce that this was to be a race as we would have just ridden together and I could have pounced metres from the line to claim an ignoble victory! It was all fun and games though and after a short break to admire the views we returned home.

Plenty of time to enjoy a sauna and a hot tub before Colin, who helps manage the property, came round to prepare a delicious barbecue. We’ve had great weather all the time we’ve been here, but just as we started to eat there was a little bit of rain. We stayed put. Very British. But the rain came to nothing and so all was fine.

Time to pack the bike away now, enjoy the rest of the evening and get ready to return home tomorrow.

It’s been a great few days, superbly organised by Ben but we all played a part in making this an enjoyable as well as challenging experience.