This is the Briancon 2018 King of the Mountains challenge brought to you by the Cycling Podcast in association with, er, no one in particular.

Richard Moore: Where are we Lionel?

Lionel Birnie: We’re in Briancon Richard as well you know. All the stages start and finish at the competitors’ house.

RM: Ah yes of course. I expect they all enjoy that?

LB: Well speaking with John G I know that he is more than happy to be in one place as he has done a lot of moving around between hotels on previous bike trips. Says it’s great to have been able to unpack all his kit for the duration and not have to worry about getting his bag on the van before breakfast.

RM: So what happened today Lionel? Give us the tale of the tour.

LB: Well Rich, as Daniel would say using his football analogies, it was a game of two halves today and gave the race jury something to think about too.

Daniel Friebe: Are you trying to steal my thunder Lionel?

LB: No not really, it’s just that this time a football reference seems to make sense!

LB: Anyway, today was a 67km stage with two ascents of the Izoard, first from the north and then from the south. The first climb saw Ying set off, followed by Ben 13 minutes later, John G 7 minutes after that. Andy was a further 3 minutes back and John E a further 5 minutes.

LB: Yes, but you know it showed how well the handicap and penalty system worked. Well partially anyway.

RM: What do you mean by that?

LB: Well the first three to set off all arrived at the top of the climb within 3 minutes of each other, with Ying taking the honours and John G just overhauling Ben in the final kilometre of a 19 kilometre climb to take second. Andy was a further 5 minutes back and I think he is suffering from the initial climbing speed assessment, or VAM as it’s known.

RM: Yes thank you Daniel we may come back to that later but we need to complete the round up first.

LB: Anyway, John E brought up the rear a few minutes after Andy, which is kind of an appropriate turn of phrase in a way as he had internal problems of a different sort today, though thankfully he did not end up with a Tom Dumoulin moment on the side of the road.

DF: Did you have to mention that Napalm? You know how squeamish I am about such matters.

LB: Well it’s kind of relevant yes, as it had a bearing on how the day panned out. The group had first descended 2 kilometres into Briançon for the official start of the climb which then actually went Back up past their house. John E decided to start with Andy as he knew he was going to have to pop home to use the facilities.

DF: Oh I see. And did that have a bearing on the chaos and rebellion that followed?

LB: I think so. John E was in a sorry state at the top and there was a suggestion that he should just go back to the house instead of doing the southern ascent. He insisted that he was going to do the descent but not muck about at the bottom waiting for his start time and instead come straight back up again. Meanwhile Ben and Andy declared that they were going to go home so that they could save themselves for the big Finestre day tomorrow. John G was always going to complete both sides of the mountain which left Ying wavering a little. In the end, and probably flushed with success from his victory on the first climb, Ying decided to follow the two Johns.

DF: Such anarchy is unheard of in the Tour de France surely!

RM: It does sound chaotic and highly irregular. How did they sort that out? I take it we are now talking about the second half.

LB: Indeed Richard. John G, as Head of the Race Jury quickly decided that while the time penalties incurred on the first climb would stand, there would be no time penalties on the second climb. Ben and Andy needed to be penalised in some way for their actions and this seemed to be a reasonable way to deal with it. Anyway, everyone agreed.

RM: If you ask me I think Ben and Andy got away with it lightly.

LB: Quite possibly so Rich, but of course they did also forfeit their opportunity to score King of the Mountains points. So the format of the second part of this stage was that the three riders who were doing the second climb just started when they were ready, which meant that Strava had to be interrogated to determine what times they each recorded rather than have the winner decided on the mountain so to speak. The cumulative penalties that had been incurred prior to that were then taken into account with the result that John E was declared the winner, with John G second and Ying third. This was a real resurgence in form for John E and sets the final two days up nicely.

RM: So what’s the points situation at the moment?

LB: John G is still leading with 92 points though there were no wins for him today of course, John E is still second on 65, then Ying has surged from fifth to third with 54 points, followed by Ben on 36 and Andy on 29.

RM: So the gap between the two Johns has widened then?

LB: Yes but if you look at the schedule for tomorrow, with John E seemingly recovered it could be game on.

DF: Sounds like a mouth watering prospect. Could the Finestre again be the turning point like it was in the Giro d’Italia recently when the leader Yates cracked and Froome made what turned out to be the race-winning break?

LB: It could well be Daniel, though as the day is only 120 kilometres I don’t see an 80km break going away but you never know. All the signs are that John E is not going to mess around waiting for his start times. He’s going to shoot straight through and let John G do all the calculations later.

RM: And is everyone going to take part on the whole stage?

DF: I’ve been speaking to John G and he thinks it likely that a car is going to be involved.

RM: What else did the race leader have to say about today’s stage?

DF: Given the time gaps, I think he would have settled for maintaining third position on the first climb, seeing no one either ahead of him or behind. In the event he saw Ben about 300 metres ahead of him with 3k to go. He knew it was possible to reel him in, but had to bide his time. In the end the catch was made just in time of course as we now know.

RM: And what does he think about tomorrow?

DF: Well John E trounced him on the second climb despite having been unwell and declaring that he was taking that climb easy. So John G is a bit concerned. It’s a far cry from this morning when the others all seemed ready to concede victory to him.

RM: We’ve said before and will say again that it’s not possible to win a stage race on day 1, but it is possible to lose it. We’ve been joined by Orla Chennaoui. Hello Orla! I though you were covering the OVO Energy Women’s Tour at the moment? That race clashes with this one does it not?

Orla Chennaoui: Hello Richard and indeed it does. But you know that we women are far better at multitasking.

RM: Steady on, I’m covering the Women’s Tour with you as well!

OC: Indeed you are Richard. You know how I like to wind you up sometimes! Anyway, I really liked today’s stage in Briançon. It was similar in length to La Course which the women rode last year, only instead of a warm up before the Izoard climb these guys did them both. A tough day in the saddle. Although as we have already spoken about, the women could easily have done the full stage that the men did last year.

DF: Yes, today was a tough day for those who could be bothered to complete the whole thing.

OC: Indeed so Daniel. I must say, though, that this has been a terrific event and I’m all in favour of innovation. It keeps the racing interesting. The only suggestion I would have for Ben is that he considers doing a Women’s Briançon next year.

RM: We’ll pass that on to him, thanks Orla. We had better let you go now as you have another podcast to record.

RM: So I think we should wrap it up there chaps. Is there anything else we need to say before we do?

DF: Just to say Rich that it’s going to be an early start for the riders tomorrow and they are probably in bed already. It’s a 4:30 alarm for a 6am start so that they can get up the Finestre before it gets too hot and can get back in time for a sauna and a hot tub.

LB: I believe only Andy managed a sauna today did he not?

DF: Quite so Lionel, but there were no points on offer for that, or even penalties!

RM: Right, that’s quite enough from us, we’ve gone on long enough. Thank you Lionel. Thank you Daniel.

Well I hope you enjoyed that podcast. Just to finish off from my side, here’s a few photos from the day. 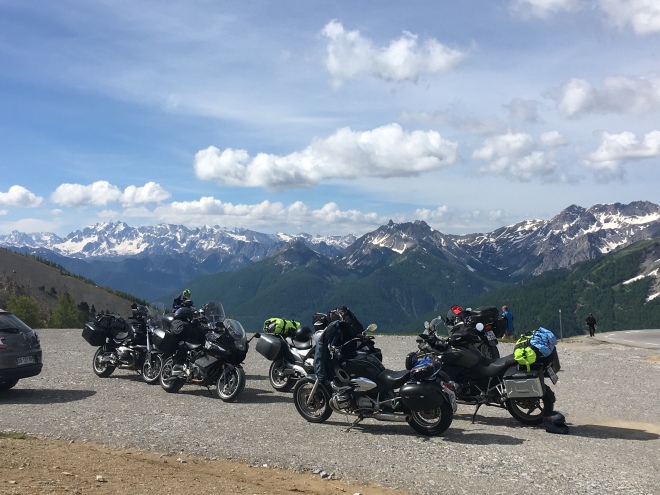 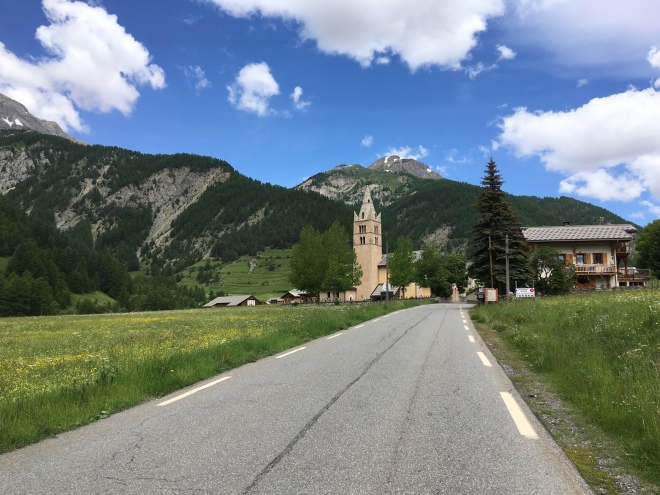 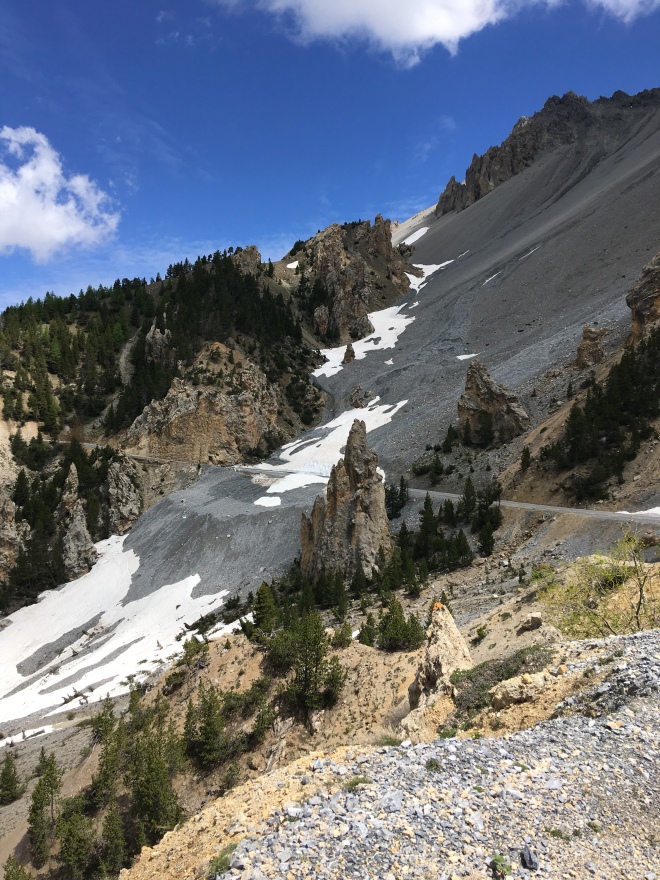 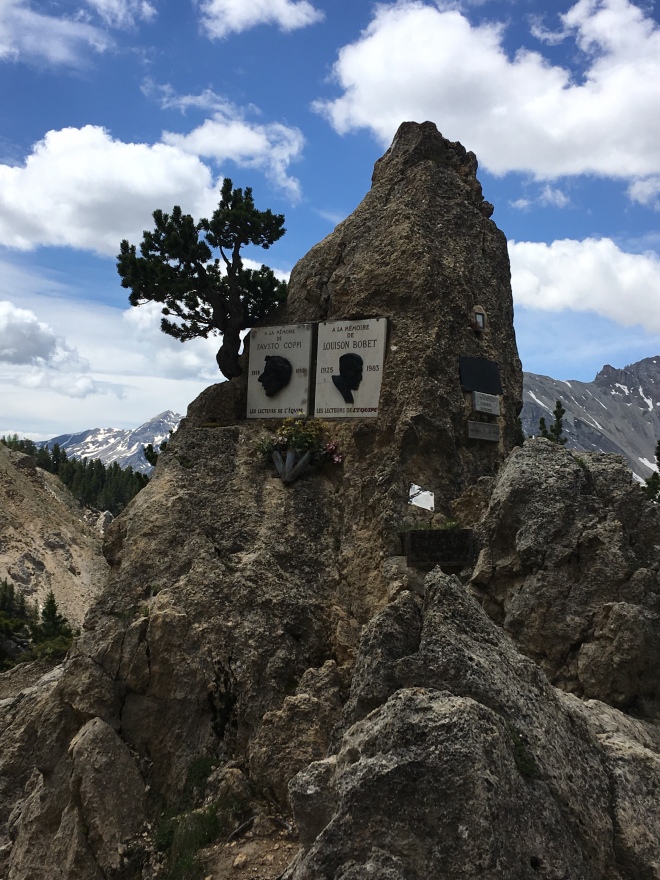